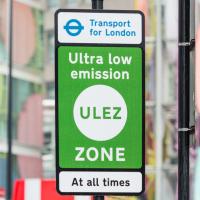 
In preparation for the election and hustings, the Putney Society Air Pollution Sub-Committee asked the five candidates for the LA Merton and Wandsworth constituency about their policies on local air quaity:

"The Putney Society has campaigned since 2011 to improve local air quality.  A decade later, we are dismayed that the UK legal limit for small particles (PM2.5) is still exceeded all over Putney, and that the legal limit for NO2 is exceeded by around 75% in Putney High Street.  Across Merton and Wandsworth, air pollution is estimated to be killing over 200 people a year.

We would therefore like to know what are your policies for tackling this pollution, and specifically:

(a)  Do you support the extension of the Ultra Low Emission Zone to the South Circular Road, planned by the current Mayor?

(b)  If your polices are enacted, by which year would the UK legal limits for both NO2 and PM2.5 be met throughout Putney?  Please provide full supporting evidence."

:We have not received a response as yet from the fifth candidate: Roger Gravett.